WE ARE ALL MEMBERS OF TWO HOURS BEFORE

PROF. WANGARI MAATHAI FINALLY SUCCUMBS TO CANCER, A YEAR AFTER BEEN DIAGONISED 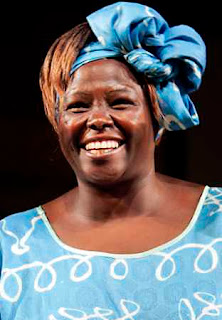 Africa's 1st female Nobel Peace Laureate, Prof. Wangari Muta Maathai, has finally succumbed to Ovarian Cancer at Nairobi Hospital- North Wing. Maathai has died in what Kenya can only refer to as a 'death' month, following the grotesque Sinai Slum fire tragedy and road accidents that have claimed tenths of people.

Prof. Wangari Muta Maathai took to the world stage in a defining moment on 11th November, 2004 when she received the 2004 edition of the world's most coveted award, the gold Nobel Peace Prize, at an elaborate ceremony in Oslo, Norway. Maathai, born in 1940, is a zoology professor who rose to international fame for campaigns against government-backed forest clearances in Kenya in the late 1980s and 1990s. She founded the Green Belt Movement in 1977 that has well spread to many other African Nations. She was the 12th woman peace laureate since the first award was made in 1901. The last African laureate was U.N. Secretary General Kofi Annan, of Ghana, in 2001. The 2003 prize also went to a woman, Iranian human rights lawyer Shirin Ebadi.

In 1989 Maathai's protests forced then President Daniel arap Moi to abandon a personal plan to erect a 62-storey office tower in a Nairobi park. In 1999 she was beaten and whipped by private security guards during a demonstration against the sale of forest land near the capital Nairobi. The famed Freedom Corner, now remains a sacred reference place where most protests are started or ended in Nairobi.

In 2004 while accepting and receiving her gold Nobel Peace Medallion, Prof Maathai moved the star studded audience with her near poetic speech that was aired live across the world and watched by billions on TV. "In the course of history, there comes a time when humanity is called to shift to a new level of consciousness, to reach a higher moral ground. A time when we have to shed our fear and give hope to each other. That time is now. I'm humbled by the recognition and uplifted by the honour," she said.

"As I conclude I reflect on my childhood experience when I would visit a stream next to our home to fetch water for my mother. I would drink water straight from the stream. Playing among the arrowroot leaves I tried in vain to pick up the strands of frogs eggs, believing they were beads. But every time I put my little fingers under them they would break.

"Later, I saw thousands of tadpoles: black, energetic and wriggling through the clear water against the background of the brown earth. This is the world I inherited from my parents.

"Today, over 50 years later, the stream has dried up, women walk long distances for water, which is not always clean, and children will never know what they have lost. The challenge is to restore the home of the tadpoles and give back to our children a world of beauty and wonder."

She went on: "Today we are faced with a challenge that calls for a shift in our thinking, so that humanity stops threatening its life-support system. We are called to assist the Earth to heal her wounds and in the process heal our own."

The Nobel laureate then turned to the corporate world: "Industry and global institutions must appreciate that ensuring economic justice, equity and ecological integrity are of greater value than profits at any cost," she said.

And then to governments, Prof Maathai said that the environment was a barometer of a nation’s health.

"The state of any country’s environment is a reflection of the kind of governance in place, and without good governance there can be no peace," she said.

She is the first African woman and the 12th female peace laureate since the award was first made in 1901. 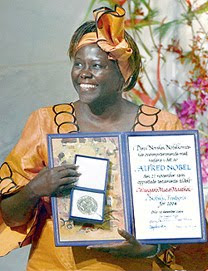 Prof. Maathai is also listed on UNEP's Global 500 Hall of Fame and is named as one of the 100 heroines of the world. In June 1997,.
http://www.blogger.com/img/blank.gif
Wangari was elected by Earth Times as one of 100 persons in the World who have made a difference in the environmental arena.

Prof. Maathai had also received honorary doctoral degrees from several institutions around the world: William's college, MA USA (1990), Hobart and William Smith Colleges (1994), University of Norway (1997)among many others.

Prof Maathai succumbed to Ovarian Cancer-is a cancerous growth arising from the ovary. Symptoms are known to be very subtle early on and may include bloating, pelvic pain, difficulty eating and frequent urination, and are easily confused with other illnesses. Prof. Maathai, one of the world's most celebrated woman died at Nairobi Hospital-North Wing, while undergoing treatment.

WRITTEN BY: MWANGI S. MUTHIORA.
BLOGGER & POET
Two Hours Before
Posted by TWO HOURS BEFORE at 12:45 AM

Fafdays will have to confirm and edit your comment before Publication.

LISTEN TO MY PEN 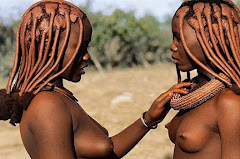 "An African Woman Is a Beautiful Woman" 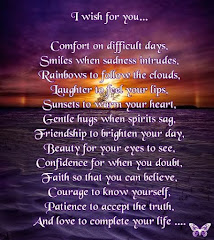 "Only children are born, along the way they become greatmen" 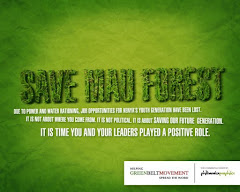 Its urguably the largest forest block in East & Central Africa and the source of livelyhood to millions of people, wild animals, birds and source of water to 12 major rivers that serves several lakes in the Eastafrica region.

MY MEMBERSHIP TO W.P.R

Add this to your site 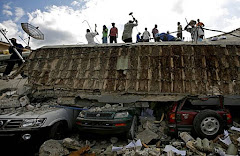 The aftermath of the devastating earthquake

Haiti's worst quake in two centuries hit south of the capital Port-au-Prince this week. Thousands of lives have been lost, many are still missing, and hundreds of thousands of people have been affected. Haiti's Prime Minister Jean-Max Bellerive says he believes more than 100,000 people may have been killed.

The earthquake has destroyed much of the already fragile and overburdened infrastructure in the most densely populated part of the country. A massive and immediate international response is needed to provide food, water, shelter, and medical supplies to the people.

"I LOVE MY PARENTS" 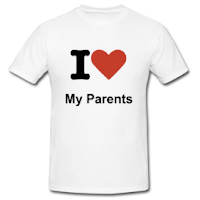 Not so long ago
a bud sprut out,
Each day, a new leaf Developed
Growing stronger than
the previous one.

In the morning, Mom watered the bud
In the evenning the usual nourishment.
During sunshine, Dad offered the shade
and the bud grew stronger and stronger.

The bud is now gone
It has grown into beautiful flowers
Bright and Adorable
The envy of all buds.

Soon, the flowers shall disappear
Only then shall Mom and Dad
Leap the fruits.

Big, Round, Juicy and Sweet
Dad and Mom!
“Thats what you have made me,
I Cherish your love and care” 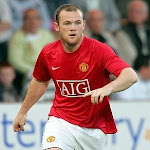